On the surface–starting with its inauspicious title–Don’t Trust the B in Apartment 23 is a sitcom I should hate. The entire premise is that the titular “B,” Chloe, has no respect for boundaries: she attempts to swindle her roommate June, lies to June and everyone else repeatedly, interrupts June’s privacy while keeping herself inaccessible, and undermines and belittles June in every episode. A virtual fistful of red flags. 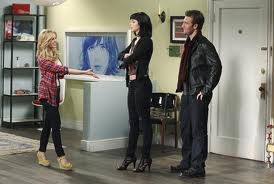 But I love the show. Here are 11 reasons why.